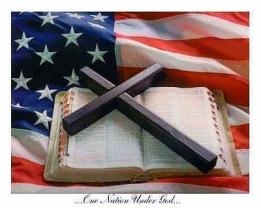 One of the core tenets of the United States established by the Founding Fathers was the separation of Church and State — but an expanding Christian Right wants to turn the U.S. into a religious state, where ideology trumps law — and they just succeeded in Michigan.

“Despite protections in the U.S. Constitution and federal and state laws, the past six years have seen an increase in religious fundamentalists claim they have theocratic authority to punish women, gays, and any American unwilling to comply with their theocratic edicts. It is apparent that Americans have no more constitutional protections from religious tyranny than unarmed African Americans have from racist cops shooting them with impunity. It is astonishing, but the extremist Christian fundamentalists are basing their punitive power on the religious freedom guarantee in the First Amendment; with Supreme Court approval.”

And this week, religious tyranny came to Michigan, with House Bill 5958, The Religious Freedom Restoration Act (RFRA). This bill legalizes a Christian extremist’s religious freedom to discriminate, and commit other breaches in law and social mores. The law makes it legal to refuse service, deny employment, housing, and violate other citizens’ rights, any rights, if a theocrat claims it violates their religious freedom and objects on religious grounds.

As if this were not terrifying enough, our worst fears should be reserved for the Orwellian-titled  “conscience clause.”  This clause allows any Christian Fundamentalist working in the healthcare industry to cease a patient’s medical care if they claim their objection is founded on religious beliefs, and  the Healthcare provider would be obliged to send a patient away. This would give legal cover to religious pharmacists to refuse to fill prescriptions if they “think” a person is gay, a woman is a single mother, or the patient is the “wrong religion.” It would also mean a first responder, whether law enforcement, fire protection, or ambulance personnel can use “religious objections” to refuse to provide service to a person or group they feel violates their religious beliefs.